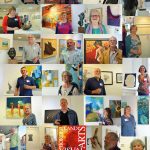 The annual group show of work by members of Oswestry’s local artists’ network; hosted by The Willow Gallery, Willow Street, Oswestry, it coincides with the BVA’s annual Open Studios event. 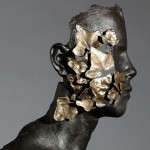 The aim of this Award and Exhibition is to search out for and showcase artworks by artists that have embraced their individual exegesis in...Read More » 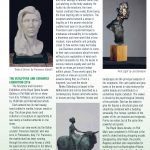 A review in THIS IS LONDON Magazine 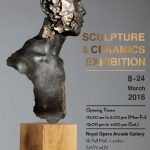 The unique and beautiful Sculptures and Ceramics on exhibition will captivate your imagination,...Read More » 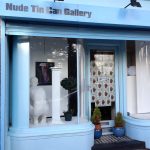 Orc 1 in the window

Eroticism is wholly dependent on the viewer’s culture and personal tastes. Some may feel eroticism is an intrusion into the public realm and is something to remain private, unseen and hidden. The exhibition included wide and...Read More » 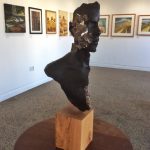 A Selected Joint Show to inaugurate this excellent new gallery in Aberystwyth
www.blossomsgallery.co.uk 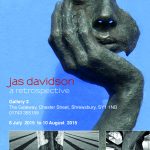 The Borderland Visual Arts Network is a group of some 60 artists who live in this area of the north Welsh border. They open their studios every year in June and there is a concurrent group show in the Willow Gallery in Oswestry.

The BVA was established in...Read More » 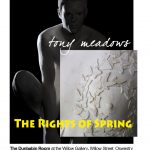 The Rights of Spring:

“Spring” can mean many things: not only the glorious season of renewal and growth after winter’s long grip, but also elasticity, agile leaping movement, poise and flexibility. It is the spring which is our source of life-giving water, both actually and...Read More » 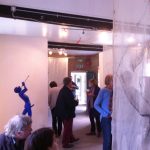 My piece Blue Peter on show in this excellent little gallery in the old Workhouse (Y Dolydd in Welsh), Lanfyllyn in Powys. The building also houses studios, workshops and a cafe, and hosts events indoors and out throughout the year. 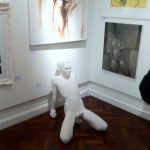 I had two pieces in this show – the one above, Orc 3, and another, Orc 4, placed in the window.

We had hoped for some reaction from the passing public, but if they were shocked they didn’t say so. The show was opened by Edward Lucie-Smith...Read More » 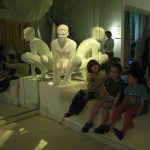 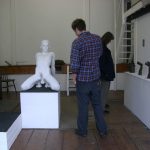 Madame Lillies in Stoke Newington, now known as PRO NUMB and showing a quite different sort of work. 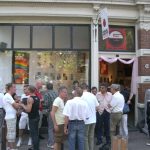 Go Gallery, Amsterdam. A show curated to coincide with Amsterdam’s Gay Pride March which has to be one of the most spectacular in the world. The Gallery is right beside the canal; the parade took at least an hour to pass. 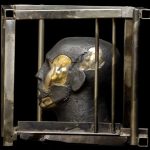 This piece was made in response to the Gulf War, entitled “Not In My Name” it was awarded Best In Show 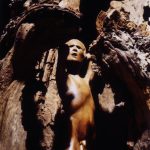 Two very early works, carved in apple wood. They caused something of a sensation in this Gallery in a Church, but the vicar refused to take them off display. Good man.